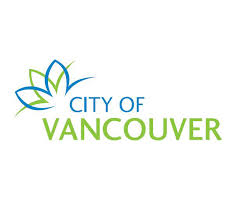 The City of Vancouver has made public its support for the UN Declaration on the Rights of Indigenous Peoples, voting to make June 21st 2013 to June 20th 2014  the Year of Reconciliation in Vancouver. The motion came from Councillor Andrea Reimer in preparation for the fall Truth and Reconciliation event and as a result of dialogue with the city’s Urban Aboriginal Peo

mmittee, whose membership includes two ALIVE board members. Reimer stated that “reconciling past injustice, and strengthening shared understanding and awareness of history, is vital to both Aboriginal and non-Aboriginal communities in building a successful future for Vancouver.”

Reconciliation Canada and the Urban Aboriginal Peoples Advisory Committee are committed to increasing opportunities for dialogue and understanding between Aboriginals and non-Aboriginals regarding the experience and rights of indigenous people in Canada. “It’s important that all Vancouver residents build our understanding of the histories, contributions, and persistent challenges faced by Aboriginal people in Canada, and that City Hall continues to strengthen relationships and dialogue with the Musqueam, Squamish, and Tseil-Waututh Nations,” said Mayor Gregor Robertson. “The Year of Reconciliation in Vancouver will provide an opportunity for people of all cultures to en

gage in dialogue and work together for a shared future that fully supports the rights and aspirations of aboriginal people living in and around Vancouver.”

“For some people, the residential school experience is unknown,” Reimer told the Georgia Straight “They might have heard the term, but they’re not aware of what it meant…It was a very deeply traumatic and shameful experience in Canada that needs to be dealt with, needs to be acknowledged, needs to be understood, and that we need to move on from collectively.” “Ultimately it’s a trauma…that has reverberations throughout our community, and if we can’t reconcile that and move forward, that’s holding us back, as a society and as a city.”